The Palais-Royal, is a palace and an associated garden located in the first arrondissement of Paris.

Facing the Place du Palais-Royal, it stands opposite the north wing of the Louvre and its famous forecourt, screened with columns and, since 1986, containing Daniel Buren's site-specific artpiece, « Les Deux Plateaux », known as Les Colonnes de Buren. 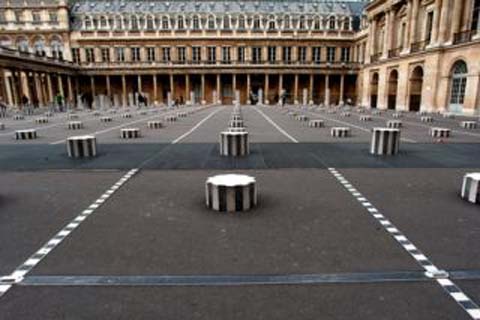