This majestic palazzo, three storys high, has such an unusual name because it was the residence of the Knight of Santo Spirito, the person whose role was to direct the hospital of the same name.

Built in the 16th century, it is square with a portico in travertine columns. The lovely clock, in the shape of a cardinal's hat, has just one hand in the form of a salamander, and the face is divided into six segments with Roman numerals. 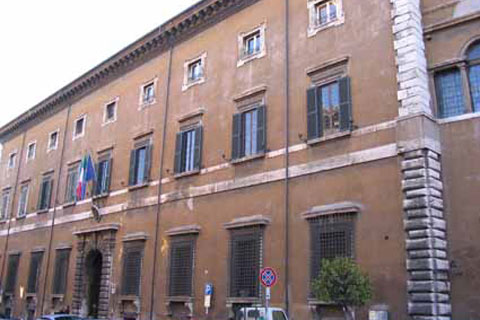 The Guide for BORGO & PRATI district