The Keats-Shelley Memorial House is a museum which houses one of the world's most extensive collections of memorabilia, letters, manuscripts, and paintings relating to Keats and Shelley, as well as Byron, Wordsworth, Robert Browning, Elizabeth Barrett Browning, Oscar Wilde, and others.

It is located on the second floor of the building situated just to the south of the base of the Spanish Steps and east of the Piazza di Spagna. 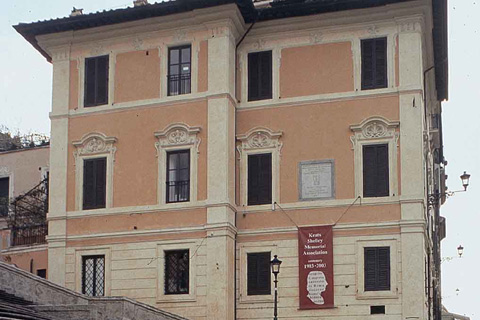 Sight - Nr. 43 ranked on the 89 Best Sights in the district CENTRO STORICO

The Guide for CENTRO STORICO district