Clarence House is a royal home situated on The Mall. It is attached to St. James's Palace and shares the palace's garden. For nearly 50 years, from 1953 to 2002, it was home to Queen Elizabeth, the Queen Mother, but is since then the official residence of The Prince of Wales, The Duchess of Cornwall, and, from 2002 to 2009 (when their official residence was moved to Saint James's Palace), Princes William and Harry. It is open to visitors for approximately two months each summer. 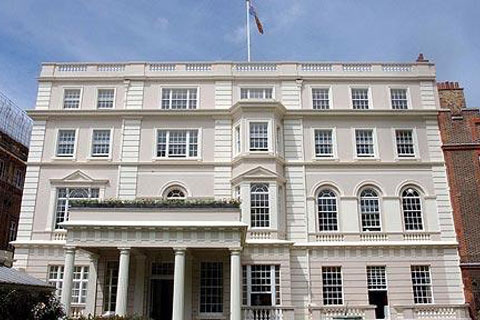